Women need respect as much as men

When I feel respect, I feel valued, and I know I am loved.  Respect is about love. It is love in action. Women need respect as much as men.

In 2004 a book by Christian writer Dr. Emerson Eggerich was released.  It was Love & Respect: The Love She Most Desires; The Respect He Desperately Needs. The book became very popular in fundamentalist and evangelical church circles. Eggerich and his wife Sarah became big on the Christian speaking circuit in America, and any copies of the book were sold.

The book is built upon the theory that the “primary emotional needs” for men and women are that men need respect and women need love.

Just like they need air to breathe, apparently. Get this right, and a healthy marriage is sure to ensue, the author promises.

When this book first came out, it featured at the Christian bookshop we frequently attended, and we bought it.  It seemed true enough.

Several years later, another couple at the church we were attending thought so too.  So much so that they purchased a carton of these books and made them available to whoever wanted a copy.

At the time, I remember that it was a topic that my husband certainly identified with.  He knew respect was a major issue for him, and I thought, what woman doesn’t just want to be loved?

Here I am now, in another town, in a new decade and with quite a different way of looking at life. As a result, I no longer agree with the premise of the book. In fact, I think it can be damaging to relationships and might even lead to abuse.

Women need respect as much as men.

One thing I’ve learned is that women need respect as much as men.  Indeed, we all need respect, and we’re all deserving of respect.  And it probably goes without saying that we all need love. It’s not a case of one or the other.

It has become abundantly clear in our present society that disrespect for women is rampant.

It’s probably always been there, covered over by societal norms and not spoken about out loud.   And maybe it’s the same for men, although the way to get it is not by asserting it must be given.  Demanding respect is not likely to get you what you are asking. It could even cause the opposite; disrespect.

Words and phrases like belittled, not valued, dismissed, not considered, not worthy of time, attention, money spent, snubbed, cast aside, overlooked, and offended all relate to disrespect.

None of them in themselves truly incorporate that feeling nor do full justice to that awareness of being considered inferior and not worthy of even taking a little effort.

Respect is often in the small things; it’s in the repeated things.

The stepping back to allow someone to go through the door first. Or holding said door open for me.

The please and thank-yous that we take for granted.  It’s even in those things that aren’t even noticed or regarded, considered so trivial not to be worthy of attention.

The picking your dirty dishes up and putting them in the sink. Not leaving your belongings scattered around the house.

Those seemingly little things are often not considered worthy of an attempt at change.

Furthermore, disrespect is often noted in people from whom we would expect so much more. Partners, loved ones, children, and extended family; we can all be guilty of it.

Those professionals we pay large sums of money to who leave us sitting in their waiting rooms until they are good and ready and to the ones we engage in simple transactions who can’t be bothered to give eye contact.

The people we sit next to on public transport or drive past in our cars.  All are worthy of respect, and all are capable of giving respect.

I have been asked that question recently.  Now I have to dig deep to find the words.  We’re so used to brushing it aside.

But, hold on – it does matter, and sometimes it gets through and gets under our skin.  Or builds up until we explode.  And even then, we quickly clean up and cover up our shame at being disrespected.

It’s not a nice feeling, what more can I say? It sucks, actually.

Lately, as I’ve been doing my personal work and bravely opening up my heart to scrutiny, I’ve felt it.

In fact, recently, I was shocked by the level of fury and rage in me when confronted with several issues to do with lack of respect.

So I have dared myself to feel difficult feelings by taking out the self-judgment and criticism and extending compassion to myself the way I would to a friend.

I’ve learned to ‘sit with unbearable feelings’ and listen.  And I’ve been able to process it enough to find other words.

And then there is respect.

And then there is respect—such a beautiful feeling.

One of those commonplace treasures in life that we often fail to see and thereby take for granted.

What does ‘being respected’ feel like? Again, it’s a tricky one to describe, but we know it when we experience it.  It’s somewhere in the being noticed, in the being acknowledged.

It’s a feeling of I’m okay, maybe even more than that; they see my uniqueness and my individuality.  That person has seen me and has deemed me worthy of a little time, maybe just a second or two.

It goes on from there; it’s the person who seeks out my opinion, takes time to be with me; to really listen, who doesn’t interrupt or talk over me; they do want to know what I think.

The person who speaks highly of me.   It’s the kindness shown. Maybe they know that I’m tired and my back is aching; maybe they just want to be kind to me without reason.

It’s a good feeling, a good nourishing feeling.  ‘I’m okay, they’re okay,’ and the world isn’t just a bad place after all.

When I feel respect, I feel valued, and I know I am loved.  Respect is about love. It is love in action. And we all need it. 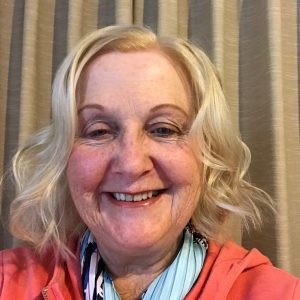 Susanna lives on a small farm in Central Victoria, Australia, where she and her husband have 3 alpacas and a small flock of black-faced Suffolk ewes.

These days she has a bit more time to reflect on her decades as a Registered Nurse, and Mental Health Nurse and her many encounters with people struggling with inner health and how applying healthy spiritual concepts can help.

She enjoys writing and putting her musings into words and hopes these will help hurting hearts.

Photo by Axel Vazquez on Unsplash