Being a caregiver over a long period of time can be tough going, but there are some things that those on the long haul do well. We need to applaud the long haul caregiver.

There are some people that I want to stand and applaud.

I love the game of cricket and when a player has done exceptionally well the crowd will rise one by one and cheer their performance. 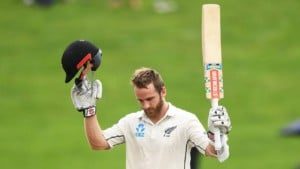 The player may raise his bat in acknowledgment, but there is no theatrics of tearing off his shirt, doing cartwheels or any other self-aggrandizement.

After the applause, he takes his bat and faces the next ball.

Some of the people who read this blog are those that need a slow and deliberate clap of applause.

They are the ones who have been on the long haul mission of caring for someone. It could be a spouse, parent, child, family member, a friend.

There may be a disability, an addiction, an illness. But over a long period of time have stuck close and carried at times a load that nobody ever sees.

It can be tough, unthankful work—a place of giving up sacrificially some of their dreams and desires for the sake of another.

Perhaps you know someone like this. It may even be you. What observations have you made? Email me with your comments.

Going the distance is a ministry of grit and grace, and I stand and applaud you.

If you know someone who is a long haul caregiver, buy them a coffee, send them a card. In someway acknowledge them and what they are doing.