Messages can be messy. We say one thing, they hear another, but we need to be heard so we need to learn about filters and speak with grace and compassion.

The message I heard was probably not the message they wanted to send. Who got it wrong?

Over the past few weeks, the online hotel booking company Trivago has been showing an ad on New Zealand Television featuring a young lady and an older lady. In the ad, the younger lady gets a better deal on her accommodation because she used the Trivago phone app.

‘What Trivago is really communicating in this ad, is that OLD people are ‘not with it’. Young people are smarter and more savvy. Stereotypes in other words.’

What message did you get from the ad?

Now I have asked a few people, and most felt the ad was ageist, discriminating against older people and offensive. Some didn’t see any problem with the ad. That Trivago was helpful to older people.

So I asked a friend of mine, Elizabeth Herr, who is a Certified Body Language Trainer to have a look at the ad.

I don’t see ageism at all. Instead, I see a sense of superiority/elitism from the older woman!

At 0:07, the younger woman has a slightly raised eyebrow, but this seems more indicative of knowing privately that she’s got the better deal – she has a genuine and even smile, but there is no malice.

The older woman, on the other hand, made a ‘show’ of the price quoted to her:

At 0:08, she lifts her chin (also called a chin jut), and her forehead is back. This, in effect, makes her ‘look down her nose’ in a superior manner.

This is followed at 0:10 by an eyebrow raise (to draw attention to what she says), a sideways glance of the eyes and head turn in the direction of the brunette. When she says ‘not bad,’ she also displays a contempt micro-expression (one-sided mouth raise). All of this shows a sense of disdain and superiority.

At 0:15, when she says ‘wait’ after hearing the quoted ‘ninety-five pounds,’ she displays a disgust micro-expression (lips pulled up).

At 0:21, the woman raises her eyebrows at hearing the benefits of Trivago. Eyebrow raise is often indicative that we like or approve of something or think something is ínteresting.

After the brunette explains the benefits of Trivago, she is still smiling at 0:24, but it’s still even (both sides raised, so no contempt).

At 0:26, the concierge tries to pry the card out of her hand while pursing his lips, indicating that he’s feeling stressed, and then right at 0:27, the lady has an angry expression on her face (brow furrowed).

The only ‘dig’ here might be that Trivago is insinuating that people of a certain age bracket are less ‘app savvy’ than the younger generation and is making them aware of their application.
Elizabeth Herr The People Toolbox

You say one thing, and they hear something completely different.

You think to yourself, or you might even say it out loud …

‘Why don’t they listen to me’!

They may well have been listening to you, but you weren’t speaking their language. You weren’t being clear with the message you were sending.

Sure the listener has a responsibility to listen. They have to choose to listen, to make sense of the words, the non-verbals, the context. What they hear will be some version of what you say, but it may not be the right version.

In photography, one of the ways to get some different looking images is to put filters over the lens of the camera.

When the light passes through the lens filter, it is changed and creates a different image to the reality of what is actually there. 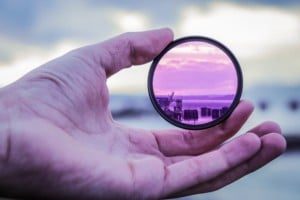 We all have filters that we listen to others through.

A good communicator takes into account the filters people have and adjusts the message for clarity.

If you want to be heard

The apostle Paul in writing a letter to some early Christian believers, tells us that our speech needs to be gracious, seasoned with salt.

Let your speech always be gracious, seasoned with salt, so that you may know how you ought to answer everyone. Colossians 4:6

Be gracious in your speech. The goal is to bring out the best in others in a conversation, not put them down, not cut them out. Colossians 4:6 (The Message)

Enhance the flavor of your speech with grace. Listen and speak with love.