I’m Not Religious but I Have A Religion

‘I’m not religious’ is something many say, but religion is a place of reconnection and realignment. Good mental health grows in a healthy religious experience.

Say the word ‘Religion,’ and you’ll get lots of reactions.

Religion is often seen as a straightjacket to freedom. You must do certain things to get right with God and be part of the group.

But I think we are all prone to want to find a religion of our own, even making a religion we can call home.

Let’s look into the word religion a bit deeper.

The reconnect of Religion.

If we look into the history of the word, we find that it comes from two words  re-ligare, i.e., re- (again) + ligare or “to reconnect.”

I see a surgeon reconnecting ligaments and bones back into the sockets where they have been pulled out. 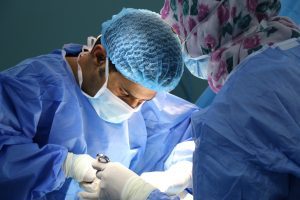 There is a reconnection to something bigger than oneself.

We’ve drifted, detached, disconnected, and want to come home to the unity of something bigger than ourselves.

There is also the thought of realignment. That religion offers a realignment to a drifting soul. Here is the path. Walk this way—a compass to follow.

We all have a religion.

Using these definitions, I think we all have a religion.

A method by which we reconnect with something bigger than ourselves. Something that realigns us.

We may not be conscious of it, but it will be there calling us back to a conformity.

It might be that sport you love. It could be a personal philosophy or a political party.

The religion of communism or capitalism.

We all have a religion, but it may not meet in a building on Sunday.

So what can a religion offer you?

It was a busy neighborhood, and cars, buses, and trucks drove many of the streets. But there was no place for the children to play, to have fun, explore, climb, fall and kick a ball.

Nowhere for lovers to walk and children to make friends.

So the parents got together and found an empty area in the middle of their neighborhood and petitioned the town council to create a park full of swings, jumps, and climbing frames.

It was agreed, and the building began.

This was a place where all could come and reconnect to the joy of play and fun.

First kisses would be experienced. Lifelong friendships would form. People could stretch out on the grass and enjoy the summer sun.

But nearby was that busy, dangerous road. It was a huge risk for any child chasing a ball.

So the council built a fence.  It was strong and sturdy and stopped any errant ball or flying frisbee.

Everyone was safe while they stayed within the park’s boundaries, within the fenceline, inside the lines of love and respect.

Religion, in many ways, offers the nuts, bolts, and mesh of the fenceline. We know the rules, the norms, and social conventions.

For newcomers, it has to be taught.

‘In this park, we don’t have wild drunken parties; it’s not safe for the children. And we don’t do drugs.
Go to some other park if you want to do that.’

Sadly though, there are many people more interested in focusing on the fenceline and rule board at the entry gate than enjoying the relational benefits of the park.

They may even form committees to ensure everyone knows the rules and that the fenceline is strong and robust.

I once had someone come to me wanting to point out the fenceline, the rules, the regulations. When I suggested we talk about a Jesus story about the fence line, he wasn’t interested. ‘I don’t want to talk about Jesus’ was his response. BIG RED FLAG!

I was inviting him to play on the Jesus climbing frame, and all he wanted to do was inspect the tightness of the mesh fence.

His religious playground was small, black and white, and empty of life.

His back was turned away from having relational fun.

He faced forward like a sergeant major, making sure the religious rules were kept and abided by.

He was trapped in what Richard Rohr would call ‘Early-stage religion.’

Early-stage religion tends to focus on cleaning up, which is to say, determining who meets the requirements for moral behavior and religious belief. Richard Rohr The Universal Christ

And it’s this ‘Early-stage religion’ that gives religion a bad rap. Who wants that!

Sadly, many people stay stuck in ‘Early-stage religion’ and never learn to dance in the summer sun and find their first enduring kiss of grace.

I want to be inside the park to make great friends, have fun, and play.

To be vulnerable, express love to others, and feel the love coming back.

I can’t tell you the number of passionate lovers in my park!

Yes, I know there is a fence, some group norms, but I want to know the friends in my playground.

Jesus was a religious rule breaker.

Jesus was a rule-breaker, well, at least the rules set up by man to codify what was right and wrong.

One Sabbath, Jesus was strolling with his disciples through a field of ripe grain. Hungry, the disciples were pulling off the heads of grain and munching on them.

Some Pharisees reported them to Jesus: “Your disciples are breaking the Sabbath rules!”

Jesus said, “Really? Didn’t you ever read what David and his companions did when they were hungry, how they entered the sanctuary and ate fresh bread off the altar, bread that no one but priests were allowed to eat?

And didn’t you ever read in God’s Law that priests carrying out their Temple duties break Sabbath rules all the time and it’s not held against them?

“There is far more at stake here than religion. If you had any idea what this Scripture meant—‘I prefer a flexible heart to an inflexible ritual’—you wouldn’t be nitpicking like this.

The Son of Man is no yes-man to the Sabbath; he’s in charge.”

When Jesus left the field, he entered their meeting place. There was a man there with a crippled hand.

They said to Jesus, “Is it legal to heal on the Sabbath?” They were baiting him.

He replied, “Is there a person here who, finding one of your lambs fallen into a ravine, wouldn’t, even though it was a Sabbath, pull it out? Surely kindness to people is as legal as kindness to animals!”

Then he said to the man, “Hold out your hand.” He held it out and it was healed. The Pharisees walked out furious, sputtering about how they were going to ruin Jesus. Matthew 12: 1-14

In that passage of Jesus, what was more important? The following of the religion or the dance of relationship Jesus was part of.

When I am told I am religious, I feel like I am a movie screen, and people are projecting onto me all their views and opinions about religion.

My religion is not so much about following the rules; it’s more about being in a relationship. And in the relationship, good things happen.

The religious rules become the background to the deeper relationship that is happening.

Where you focus, you will go.

I stop smelling roses when I start inspecting the flaky paint on the wire.

I stop enjoying the sun streaming down when I am stooping to dig dirt for a new and even stronger fence. 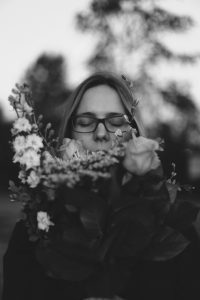 Looking at the fence is hard work. But playing on the swing is fun.

Where is your religion taking you?

Is the realignment reconnecting you with something bigger than yourself?

Religion has a lot to offer our mental health—that realignment and reconnection to something healthy and whole.

I also know that religion can bring a great deal of unwellness to people—anxiety, depression, guilt, shame, fear to name but a few.

So what does a healthy religion for our mental health look like?

Is your place of reconnection and realignment growing these in you?

I’m Not Religious but I Have A Religion. Let’s dance.

Is Taking A Spiritual Bypass Harming Your Mental Health?

Photo by Leon Liu on Unsplash