A Particulate of Clay takes on COVID-19

At times we can seem so small and vulnerable like a speck of clay, but joined together, we can take on the challenges such as COVID 19. Let’s bind together for our Mental Health.

‘Particulate’ is an interesting word. It refers to a minute separate particle. In a cup of flour, the particulates would be every little particle of flour, different of itself but essential in the whole.

Back in the eighties, I studied Agriculture, and one of the classes I took was soil science. We studied rocks and minerals, silt, sand, and clay. Out of the soil come the very foundations of our existence. ‘Healthy soil = healthy food = healthy people’ was the 1942 mantra of J.I. Rodale.

A particulate of clay

I learned that clay is quite different from sand and silt.

First of all, a particulate of clay, the smallest particle, is super tiny. 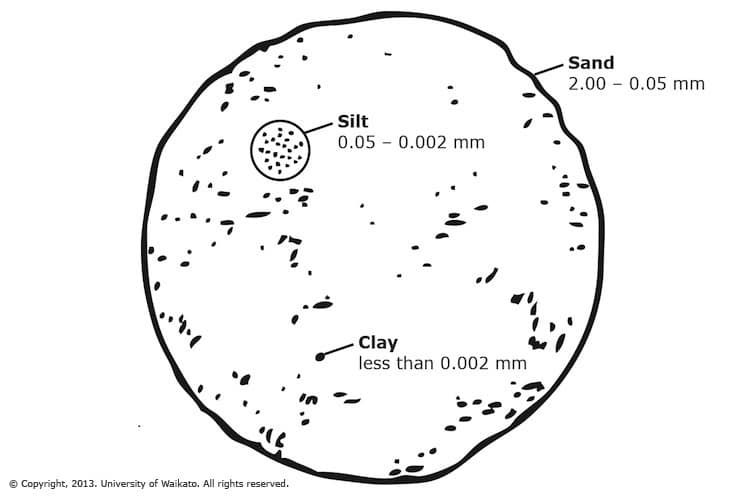 The second aspect of clay is its unique shape. It’s flat, like a dinner plate or a piece of paper.

Its size and shape give clay its strength. All those plate-like surfaces can sit on top of each other, create friction, and bind themselves together.

Whereas the ball-like shape of silt and sand means that they have less surface contact with each other. So they can roll and not bind. Water passes through the gaps, hence silty and sandy soils are regarded as free-draining soils.

Particulates of clay bind themselves together to form the coffee cup you’re holding, the foundations of a bridge you’re walking on, and the bricks surrounding your home.

Clay is powerful, yet it also tiny.

A pinch of clay

When I was a pastor, I was invited into many clay awareness moments.

A loved one had died, and people were brought to the reality of their mortality. That the body is fragile and a container. With words such as ‘dust to dust, ashes to ashes’ I accompanied people into an awareness of our grounded earthy existence.

There is a character in the Bible by the name of Job. His story is one of earthy mortality. He loses health, wealth, family. It was like a ‘cosmic courtroom drama’ (Mike Mason) being played out over his life.

In his clay, he speaks his existence and ours.

In talking with those who have come to an awareness of mental illness, the ones who make the most progress in their recovery are those who fully embrace fragility.

Not in a victim mode or a ‘Woah is me’ mindset, but in a healthy coming to terms with the truth.

They recognize that their bodies, the clay, can only take so much pressure/ stress and that eventually, the cup will break. The depression will swamp over; the psychosis will voice itself; the anxiety will shake its claw.

Those who recover and build resilience to future earthquakes are ones who embrace their earthiness. They know the limits of the body. They become aware of the need for sleep, exercise, nutrition.

Clay in the face of COVID

As I write this, the world is in the torment of a pandemic. COVID-19 is wreaking havoc on the clay of our lives. It is no respecter of man.

From Kings and Queens, Presidents, and Prime Ministers to the homeless and elderly, it is on a death march.

People are becoming aware that they are vulnerable to something they can’t see, feel, and touch. That something so small  (smallest particles are 0.06 microns, and the largest are 0.14 microns) can destroy us all.

That we are not gods, we have limited power, and we are vulnerable.

However, there is something we can do, and it’s found in the shape of clay.

That plate-like structure of a particulate of clay gives us the ability to be strong.

The power of clay is that unified it is strong. Sand and silt are like freewheeling rolling balls of individuality. Clay binds together.

So we all self-isolate. We stay in our isolation bubbles, wash our hands, and we pray that the God of clay who, with incarnational presence, got dirt in toenails, will help us all.

We may not be able to have our usual face to face, clay to clay conversations, but we can still connect online, on the phone, or singing from the balcony. There is a common humanity we need to share in.

Yesterday I took our rubbish up to the curb to be collected. A mother and her daughter were walking past on the other side of the road. The road was very quiet because of the lockdown.

I greeted them with a cheery and happy hello.

They responded with equal friendliness. Then they asked me if I was living alone. I was puzzled by this response but told them that there were four others living in my bubble with me.

Then I realized that they thought that I was being super friendly because I hadn’t seen anyone for some time. Lonely people, I have found, often talk a lot when given the opportunity.

I then explained that I like to be friendly, and it’s not every day these days that you can have a chat with a total stranger. We had a brief conversation, and then they continued in their walk.

Whatever you can safely do to connect with the clay of another will help.

and next to them

What the World needs now is Courage and Compassion

Love heals. Indifference Kills. What do you most need?

Would you Know my TRUE Name