Change the way you think and act

Do you keep making the same bad choices over and over again? You can change, and it all begins with a decision to change the way you think and act.

I remember the first news reports coming in on TV in the evening, saying that the flight was overdue and that contact had been lost. We woke the next morning to a tragedy.

Initially, it was concluded that it was pilot error, but a Royal Commission was set up to dig deeper. It found that two factors caused the accident. A correction made to the coordinates of the flight path the night before the disaster and a failure to inform the flight crew of the change.

The result was that the aircraft was being guided by the computer in a direct path toward Mount Erebus. 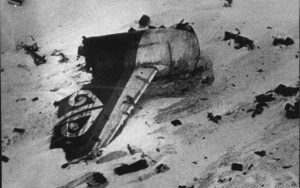 Surely you would think the pilots would be able to see the mountain in front of them and steer to avoid it, but they were in whiteout conditions.

Outside there was a layer of clouds that blended with the white of the snow-covered volcano, forming a sector whiteout – there was no contrast between the two to warn the pilots. The effect deceived everyone on the flight deck, making them believe that the white mountainside was the Ross Ice Shelf. Mount Erebus disaster

Then there was the attempt to cover up the causes of the disaster. Justice Mahon, chair of the Royal Commission, accused Air New Zealand of presenting “an orchestrated litany of lies.”

I’ve known a few disasters in my life. I’ve also seen others have crashes. Many of them preventable.

Then there are those crashes that are repeated time and time. You keep on doing the same thing, expecting different results, but wind up with the same disaster on your hands.

You blame other people. Accusations fly. You hide the facts and twist the truth.  You orchestrate a ‘litany of lies’ believing them to be true. Deep down, though, it was you that was making the same decisions.

It’s like you have an onboard computer with wrong coordinates loaded into it, flying you towards an inevitable disaster.

Change the way you think and act.

Then there was a time of momentous change in the history of the world, but for one man, it got extremely personal. He had his inbuilt computer brain telling him to always respond to a situation in a certain way.

Even though he had been a follower of Jesus for three years, and had listened to everything Jesus had said, seen all the miracles, he still had the disaster.

Later he was forgiven and restored, but this was a pivotal moment in Peter’s life. It was a time of course correction. He had to change his thinking and acting.

Later, that is his message to an equally misguided group of people.

Change is a course correction—an alteration in your thinking, which leads to new actions and behaviors.

One of my favorite quotes is from the French philosopher, Christian mystic, and social activist Simeon Weil.

Sin is not a distance, it is a turning of our gaze in the wrong direction. Simone Weil, Waiting for God

We all have turned our gaze in the wrong direction. All of us have some disastrous coordinates programmed into our neural pathways.  Often these are there from childhood. Early conclusions we made about life steers our ship.

Every day we have experiences that subconsciously reinforce our belief that …

The dance of course correction

There is a dance that we are invited to participate in. It’s a dance of ‘course correction’.

When I was in school, we had square dancing. We would choose a partner, and then four couples would stand in a square. The frazzled teacher (frazzled after herding children) would put a record on the record player and out would come some scratchy American folk singer encouraging us to take your partner, swing them to the left and right, dosey doe and go to someplace called ‘Red River Valley’.

It was rhythm and patterns, and you got to dance with that pretty girl!

I believe we are all in a course correction dance with partners who are perfect in every way, know the exact steps to take, and are very gracious about our stepping on their toes.

My little logo for Turning the Page symbolizes this. 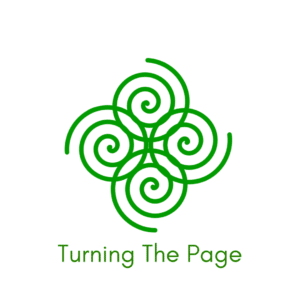 Four dancing spirals, or Koru. God as Parent, Jesus the Son, and Spirit is inviting us to change the way we think and act.

I get invitations to course-correct every day. Some I ignore and some I explore. Some I take in and make them part of my thinking compass.

I don’t want you or anyone else to keep on heading towards disasters – large or small, but it requires a willingness to change the way you think and act.

Mental Health is ... accepting that we need to change the way we think and actCLICK TO TWEET

What Swiss Cheese has taught me about Forgiving Myself and Others

How to Develop a Compass for the Brain

Mental Health is … You Taking Ownership of You

Photo by Vandan Patel on Unsplash